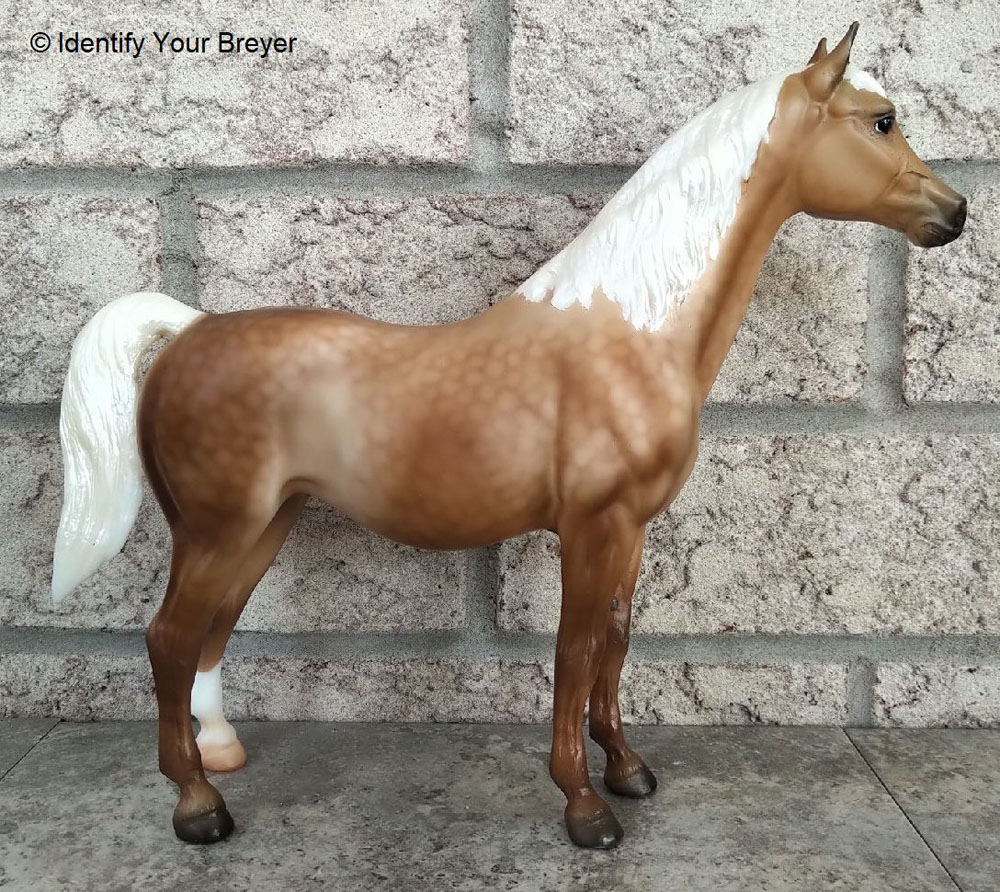 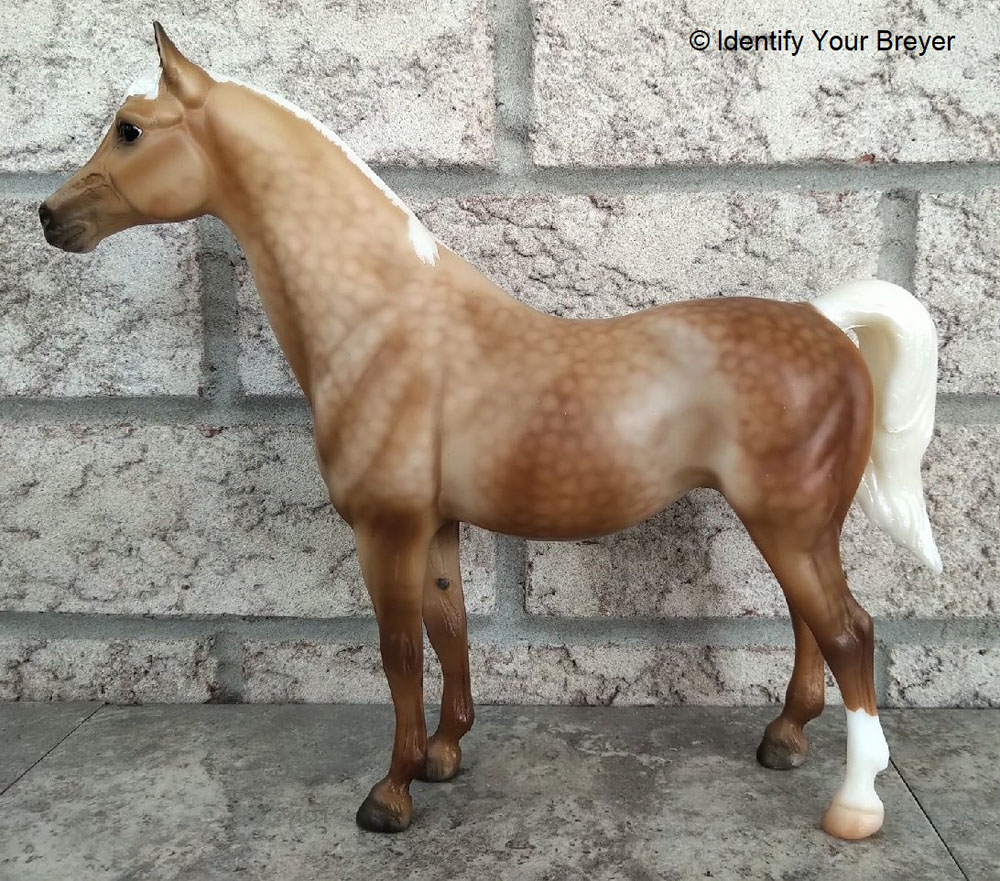 Between the introduction of the Proud Arabian Mare and the release of the Family Arabian Mare Breyer created the mold now referred to as the "In-Between Mare." Similar to both but more finely built than the FAM, the mold has the center of her tail attached to her right buttock, has a prominent belly, and leans to the left. She also possesses the round "Breyer Molding Co" mold stamp. Only a handful of the originals are known to exist and the mold was not officially released until 2020, when it appeared in the Vintage Collectors Club. Despite its mold flaws the original In-between Mare is highly sought after. It is Breyer mold 8A.

symbol means that I don't yet have a picture of that model. If you can help, please see the Help Wanted section. Clicking on any photo below will open a larger version of that picture. 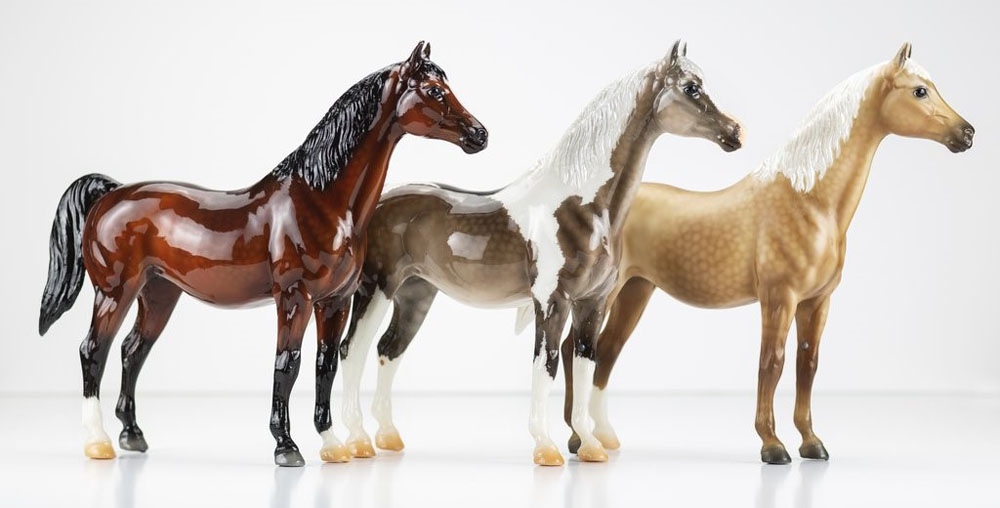