In the 1960s Breyer produced a series of models in what has become known as Decorator colors. The four Decorator colors are Copenhagen, Florentine, Gold Charm and Wedgewood Blue, with all but the Wedgewood Blue in a glossy finish. All of these models have white points, bald faces, and pale pink or white hooves, which differentiates them from other (mostly later) models with similar coloring. The Fighting Stallion, Five Gaiter, Mustang, Running Foal and the Running Mare were each produced in all four colors. At the time these models were not well received by the public and Breyer repainted the unsold models to match other original finish colors in that mold. This Decorator pattern can still be seen faintly beneath the new color on some models. Since then a variety of other decorator colors have been introduced on a variety of molds, which are usually denoted by a lower case "d" in decorator. See also Woodgrain Models. 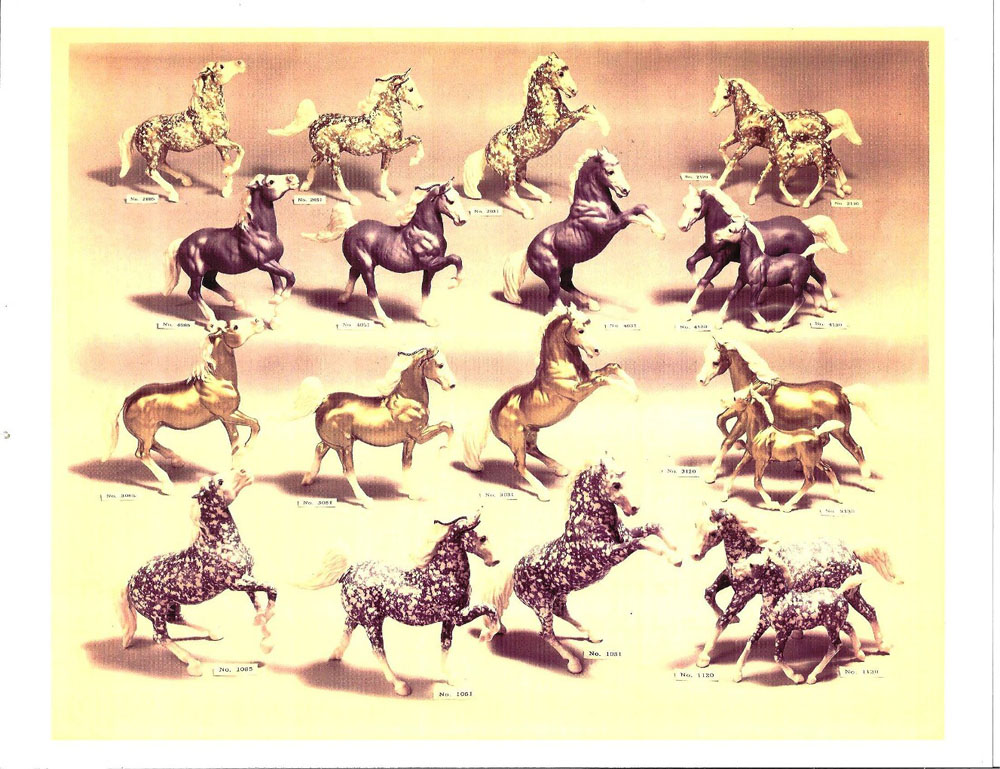 This website, including all photographs and original text, is Copyright © 2001-2019 Janice Cox. It is not sponsored by Breyer Horses, which is a division of Reeves International, Inc.