In 2004 Breyer introduced the Stablemates-scaled CollectiBulls, a series of six rodeo bulls in action poses, under the Professional Bull Riders logo. Each PBR CollectiBulls mold is unique, having been sculpted by Carol Herden and Jane Lunger to represent a particular bull. Each CollectiBull comes with its own stand and is made of PVC vinyl. Breyer renumbered many of the CollectiBulls models in 2005, leading to two entries for each of these. The brand initially ceased production in 2006 and was reintroduced in 2010 with a series of three CollectiBulls Stablemates playsets, with another added in 2013.

Breyer has also sold a variety of other models and accessories bearing the Professional Bull Riders (PBR) label. Most of these items, shown below, can also be found on mold pages within this site and those entries can be found by following the model number links below. 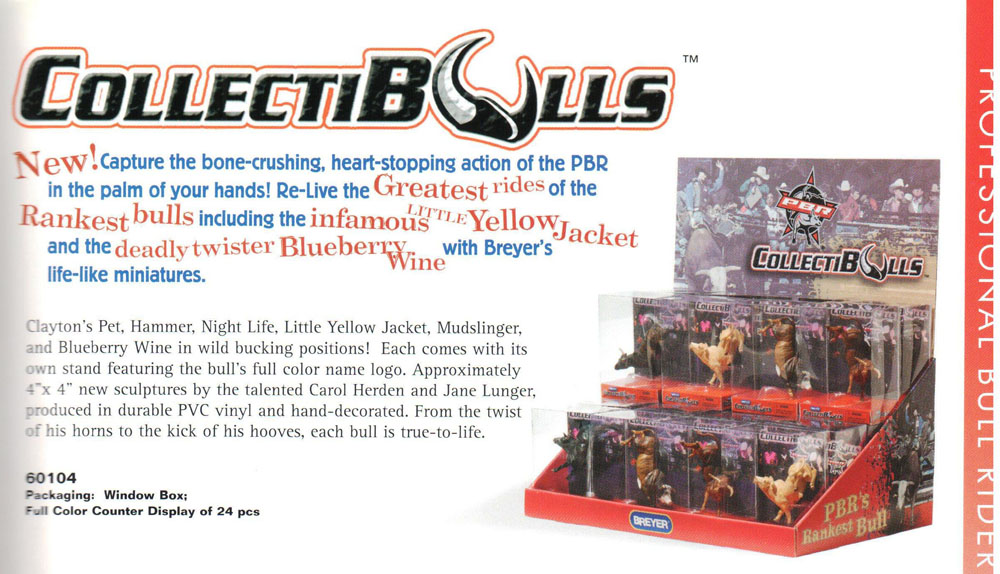